Hello! I'm not sure how long it's been since I updated this - it always feels like forever in between posts. And even though I want to talk about a lot of things, I realize that perhaps this is no longer the best place to talk about these things.

I remember a time, back in the early noughties, when blogging was still a relatively new platform. Most people, like myself, treated it simply as an extension of a private diary - I could post things about myself, private things that had made me feel happy or sad (no in-betweens, oddly enough), and trust that the readers would know what I was talking about, or would be protective enough of me that the stories wouldn't get out. I had no concept of privacy, or having an online/offline presence, and that had gotten me into trouble IRL more than I could remember.

Back in the day, Blogger didn't have any privacy controls, so I switched to LiveJournal, which had pretty great privacy controls and a tiered system of access that meant that you could allow only certain users access to your writing. So now I was maintaining TWO online journals - my IRL blog and a secret, quiet blog for when I wanted to get angry at the world. I was slowly realizing that my writing - or rather, what I wanted to write about in the dark, secret corners of my heart - had to filtered because there were some people who wouldn't appreciate those words getting out in public, or there were people who would get hurt. I was attempting to toe the line between public and private, and figuring out where those lines overlapped and where I could get away with it.

I think that, having lived through the evolution of the way we interact online for most of my college years, I feel like I've jumped into this whole thing with eyes wide open. And where once my memory may have been the sharpest tool in my toolbox, now it's all filled with gaps and holes, as though I've lived years of my life without really knowing or, worse, remembering anything. My digital life is sharp and in focus - I remember my fantoms, my interactions online, my various presences (or attempts at presences) - and I could chart it with surprising ease, but I don't remember a lot of other things - friends' phone numbers, when we last had lunch out, an enjoyable walk.

I've taken to updating apps like Foursquare and Instagram and even Wally, a personal finance tracker app, just to keep track of my day. I spend at least an hour each morning just fiddling with my phone, organizing my day. (Ah, the luxury of a long break before classes start.) But ask me how I feel on a certain day, or the fleeting idea that passes through my head in mere seconds, and I can't even tell you that. And if I wanted to work on longform writing - well then, good luck. I have novel ideas by the ton in my headspace, but I can't seem to commit them on paper. I don't even know where to start.

I feel like I've just been playing catch up with everyone in the world that we live in: I feel that I'm surrounded by all these ideas and thoughts and memories (yes, memories) that people share and spill over and pretty much vomit all over the Internet, but whereas before, I knew where the lines were, where circles overlapped like a neat Venn Diagram, now it's all messy and messed-up. (Like, just writing this alone, I read through two Internet articles - one on Slate and another on ion - and I refreshed Facebook about five times.) And perhaps it's also my attention span, which has gotten significantly shorter in the past couple of years, but really I think that we're just bombard by stimuli ALL THE TIME that we can barely focus on just putting one foot in front of the other for a significant amount of time.

Posted by sundialgirl at 2:05 AM 0 comments 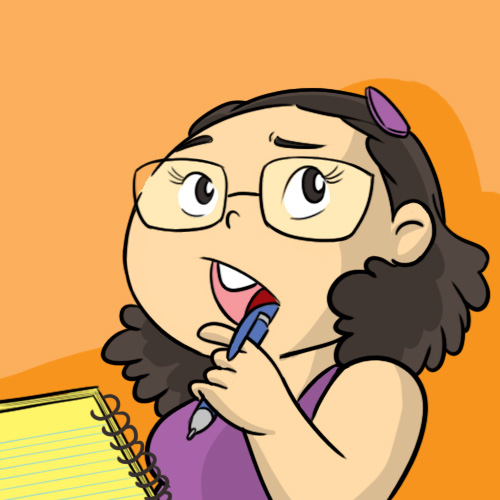 Caricature created by Elbert Or. (Clicking on the image will take you to his site.)

This blog is run by sundialgirl, also known as G. Lee, also known as "that crazy girl who spends too much time on the Internet". She loves books and TV shows, online communities and fan culture, sushi and spaghetti, and always wonders why she has to write about herself in the third person.

How I See The World

Where I Can Found

What I Used To Write